Myrron wrote:Rola and Eldiroth were both with us for a long time. Eld has since switched servers and Rola followed.

Actually, Rola and I are now playing EQ2 on the Unrest server in <Order of the Open Hand>. Some of you may remember the guild from EQ1, or many of their members who were in CN. Things are going good, and we're having a lot of fun there.

I don't know what happened to Donadorian either, but I would be very curious to find out. At this point, I doubt we'll ever know.

Anyway, hiya Myrron, and CN as a whole!

At times, I have thought about trying an EQ1 come-back, but it has been so long it would take me at least a month to figure out how to play again.

Still, though, EQ1 was my first and favorite MMO. Nothing compares to your first.

Teory wrote:I've been bad and been using my 2-3 hours of spare time a week in WoW again. On Silver Hand goofing around with the folks I know from Graffes. Sergeant Teory has been doing lots of PvP, level 37 mage. Surprisingly even with hardly any time to play it looks like I should be Master Sergeant this week or next

Miss ya all and promise to swing by with postcards from little mage Teory again soon.

And Teory, that's almost enough to make me start playing WoW again....almost! Before we left WoW for EQ2, Rola and I transferred to Silver Hand. I have a 60 warlock, 60 rogue, 60 priest, and 46 mage on Silver Hand, Alliance side. But alas, WoW just doesn't do it for me anymore. I can't say I'll never play WoW again, because I'm sure I will at some point. I just have no desire right now.

Hehe, look, it's been weeks since that post and I believe I'm now...38 and have played once since then

I always had a wonderful time playing with you guys, but I just don't ever have the time to keep up. Gonna make me an alliance shaman with the new expansion in January if I get a bit of time so i can see the new places. Gaming has really become a nice little escape once every couple of weeks for a few hours, so it's a different thing than my old CN days and much more like a solo RPG.

Oh, and to the rest of the crazy OoTH folks - Kami, Loen, Xea, Bal, Dareba - not certain who else is there so I know I've missed some!
Teory Yitelar<br>Venerable, Veritable Mischief Maker
Top

Alliance shaman? What a disgrace. Horde for life - mooooo!
Top

Teory wrote:Good to see you're doing well Eld and say hi to Rola for me

Oh, and to the rest of the crazy OoTH folks - Kami, Loen, Xea, Bal, Dareba - not certain who else is there so I know I've missed some!

Hi Eld nice to see all is well. Tell Rola I said Hi. HI to Teory also even though He is a trader and playing WoW again but on a diferent server. I have been testing the WoW beta of Burning Crusades there first expansion along with Myst (Myrron) due out 1/16/07 and having a good time doing so. anyway just popped in to say hi and Merry Christmas and Happy Holidays to all you CNers. I hope 2007 is a great year for you all.

Hey All, looks like it's old home week so I thought I would stop in to see how everyone is.

Last I saw of Dona she had transfered to another server, sorry can't remember the name but it was new at the time. She had leveled a necro to 62 and was not really playing her cleric. I lost contact with her years ago which in very sad for me, Dona was one of my first real friends in EQ: back even before FoV in the days of the Staggering Battlerangers.

Anyway I to can be found in WoW with Myst, Bin, Mirr and others but I do miss the early days of EQ.

Take care all and I will see you around.

Gaildor Silverleaf
You can run but you will only die tired.
A ranger for life.
Celestial Navigators
Top

WOW!! I see so many familiar names. Y'all may not remember me, I played a lvl 55 bard on EQ and I just loved CN. In all of my gaming experience, CN was the guild I loved the most.

I remember so many great hunts and raids with y'all and it is wonderful to see Teory is alive and well. It looks like Korrath and Galdric have made the jump to WoW also, but are on a different server (which simply makes me want to transfer servers!).

I also see that my sweet lil Bit is playing LoN...how I miss her little heals.

Has anyone ever seen or heard from Azargatha, the necro?

I just wanted to say "hello" to some old friends and let you know that I have yet in my 70 levels on WoW found a guild to rival CN. In fact, we are guildless because we have never made a connection with anyone like we did on EQ. I think part of the guilding problem on WoW is that too many folks guild jump and you can acutally solo your way through most of the game. But even so, a guild like CN would be wonderful on WoW. Afterall, one can dream.

Y'all be safe out there in Norrath. I remember it could be a scary place. And if you ever venture to WoW, know that you have a friend.

Hi Devaney, its been a while. Didn't your husband have the cleric Docmuppit? Glad to hear you two are well

Well there is CN on Whisperwind, a few old names on the roster still.

I never did hear what happened to Az, she just kinda vanished. Was she one of the AD exodus? If so then maybe somebody in that group will know what happened.
Top

She left to AD during a dispute with Lonetrah. Later she just disappeared from the server entirely.
Top

Old Hello from Thoraz and Zatrekan! We are both on WoW, in a guild called Lords and Ladies United. Just thought I would pop in and say hi!
Zatrekan
Treehuggar
Merrc 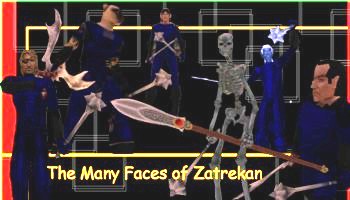 I have toons on zangermarsh I think
Top

I wondered if you were the one who occasionally posted on the Zangarmarsh forums. I saw the name and was like... hmm wonder if it is the same guy.... Well feel free to say hi if ya ever see me on. I play Zatrekan, 70 Hunter, and Thoraz I know plays Thoraz, 70 Pally and Pepsin, 70 Mage.
Zatrekan
Treehuggar
Merrc

no it would not be me posting. I post here and on the CNWoW fora and that is about it

I think Zangermarsh is the home of my mangina toons

My goodness - DEVANEY and MUPPITON! Haha, everything is such a blur from back then and so many names and friends over the years but I'm so glad to hear you two are both doing well - remember some incredibly funny times hunting with you guys - I think you two and Danielaa and Lachaise and I hunted together a lot just as Luclin came out. I've been in EQ2 mostly (and rarely!) for the past 2 years. Played like 18 hours this weekend and horror of horrors, stepped foot into Chardok for the first time - I hope and pray I don't have to spend any 4 hour corpse summoning sessions rezzing at the entrance to it in this game

Also a wave to Zat and Thoraz - I wondered where Thor got to after moving on from EQ2!

Oh my - you guys still plugging away at these games? Silly...

Funny - I thought switching to a console would be different, but it is not... I spend 3 or 4 hours a night on XBOX live playing Call of Duty. I've hooked up with a great crew of people, reminds me a lot of my EQ / WoW buddies. They are all over - a lot of them around Edmonton.

Anyway, I finish up my master's degree this semester. One of my excuses for leaving WoW was school (even though I probably waited another year before I began). Three years of schooling and getting bored with COD...who knows, I could find myself back in WoW or EQ.

Teory - what server are you on?

Fenny!!! Would love to see you back in Norrath.....we need another good Wiz back in the ranks!!
Top

You ever gana come by for more lazagna???? Its been what 5 years? Your overdue!!

Its not big hair, Its my Helmet!

Fenny! Do you still have that 'stache?

We're on Unrest in EQ2. Any of the Order of the Open Hand folks would be able to hook ya up if you have a Teory reference! Congrats on the Masters! I actually finished an MBA just over a year ago and am working for the government now. My favourite memory of EQ is still when you fell asleep in the Plane of Hate and we couldn't figure out how to get you out of there!
Teory Yitelar<br>Venerable, Veritable Mischief Maker
Top

Alas, the 'stache is gone. But I have sideburns now! I had to get away from the 'stache...glad I did too.

I think I have a character on Unrest...I can't remember anymore. I'm trying to log in and see where all my peoples are so if I decided to come back, at least I won't have to start completely over (though I may anyhow, just to get the feel for the game again).

I figured out how to find my characters on EQ1 and WoW...but can't figure EQ2 out yet.

Teory - who do you have with you in EQ2? Is anyone still on WoW?

Keld- nice to hear I'd still have a fried in EQ1...honestly, I miss my nuker and that stupid bard. They were both really fun to play.
Fenwig Neehighnooker
Retired (?) Pimp Daddy

Weird, I remember Fenwig sleeping in plane of nightmare. We were all just north of the zone in along the wall on night. If you stop in EQ1 for a while let me know. I mainly play afternoons and weekend evenings.
Top

Teory and Fenny in the same post? WRU 'Chair for the trifecta?

CN expats in WoW are tougher to locate. Some are on Zangarmarsh, and the guild CN does exist on Whisperwind. Few folks from CNEQ there - Mirril, Binabek, Mystik etc. Numrae on occasion although Icecreamman keeps trying to get her to move to his server
Top
Post Reply
79 posts

Return to “Refugees from Norrath - Other Games”